THE DESTINATION
YOUR WISHES
BASECAMPS

SLEDGING IN THE GREAT OUTDOORS

Having fun, pushing your boundaries, exploring, experimenting... in winter, anything goes in the Annecy Mountains 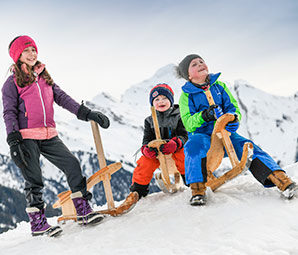 FROM SLEDGING TO SKI TOURING

EXPLORE THE SLOPES
THE BEST SLEDGING SPOTS IN THE ANNECY MOUNTAINS 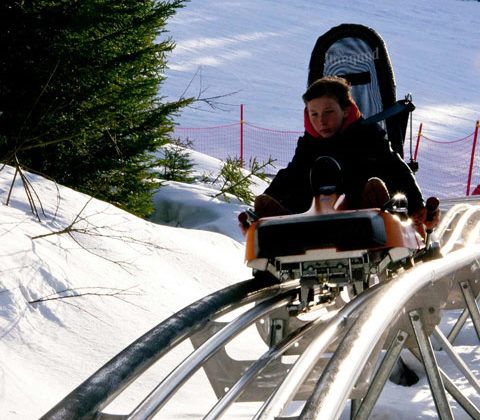 From traditional sledges to the most innovative of contraptions

To the delight of children and adults alike, the resorts of the Annecy Mountains have set aside a number of slopes specifically for safe sledging. Here's a glimpse.

– Le Semnoz: two slopes, one on the Bauges side, the other on the Annecy side, both served by free carpet lifts for effortless fun!

– Glières plateau: two sledging slopes in a spectacular natural setting
– Montmin: a slope of entirely natural snow
– Saint-Jean-de-Sixt: two gentle slopes behind the Town Hall and next to the “fil neige” rope-tow lift
– Manigod: two slopes for sledges and parets, one at the Croix-Fry pass and another steeper one at Merdassier, plus a chance to go night sledging on the ski slopes, lit up just for you!
– La Clusaz: three slopes, one in the village centre, one at Les Confins and another, longer and steeper slope in Le Nant, for the over 6’s.
– Le Grand-Bornand: five slopes across the resort to suit every age group.
– La Sambuy: not ordinary sledging but a 600-metre rail-luge descent through the snow-covered forest! 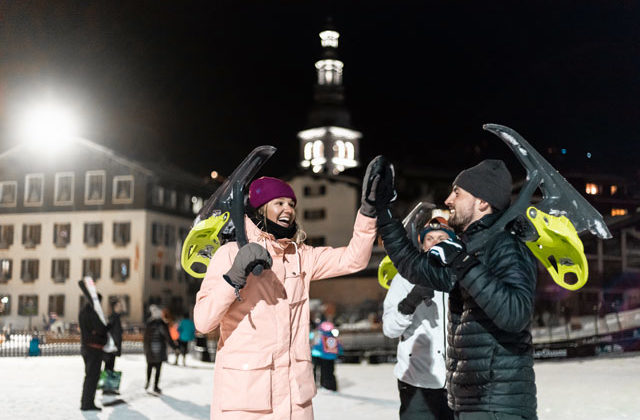 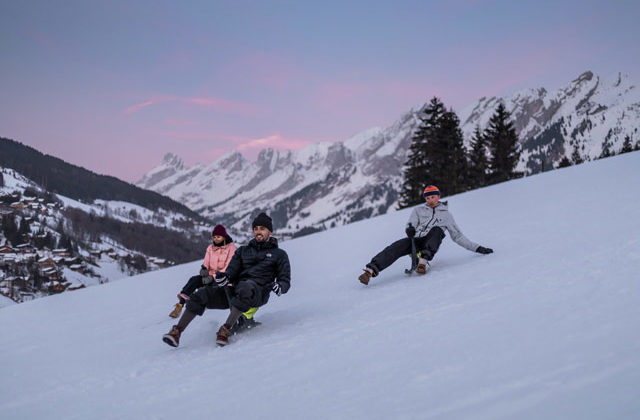 © C.Hudry-Aravis
Original activities and nighttime thrills in the snow

In Manigod, hurtle down the slopes on your Mountain Trott’ scooter, admiring the sunset over the valley, or show off your  snowtubing skills on a large inflatable ring. Nighttime paret and yooner sessions are also organised regularly, both here and in La Clusaz. And if you think the ride is always over too quickly, head for Le Grand-Bornand or La Clusaz at nightfall for your longest ever descent, on a sledge with a steering wheel. Thrills and great memories guaranteed!

Manigod proposes the first ever itinerary for trail-running on snow
in the Aravis mountains: a 7km loop on the Beauregard plateau
starting at the Croix-Fry pass. Wear your best trainers!
© Manigod Tourisme

Ski touring and snowshoeing to explore the great outdoors

Over 158km of snowshoe trails invite you to fill your lungs with fresh air and (re)discover a natural and cultural heritage that’s truly unique. With their gently rolling contours and beautiful scenery, the Beauregard, Glières and Semnoz plateaus are absolutely perfect for this activity.

© C.Hudry-Aravis
WINTER NIGHTTIME EXPERIENCES
© Alpes-Bivouac.com / Verpaelst
The mountain guides promise adventures like no other among the snow-covered peaks in the depths of the night.

Explore under the stars on a snowshoeing or ski touring experience in the company of a guide from Thônes: after a hearty Savoie-style meal, you’ll make the descent by moonlight! With the ESF cross-country ski school in Le Grand-Bornand you’ll learn to identify the planets and constellations during a snowshoe hike beneath the milky way! True adventurers can try the experience of a night in an igloo at Le Semnoz or learn how to survive in a new environment and unusual circumstances at a real-life bivouac camp on the Glières plateau. All of these extraordinary experiences will leave you with everlasting memories!

TO ENJOY BRAND NEW EXPERIENCES
Live unforgettable moments
Annecy, the lake and the surrounding mountain villages invite you to explore a fabulous land
From the resorts of the Aravis mountain range to the Sources of Lake Annecy, you can ski, swim, fly, hike, meditate, stroll, go shopping, improve your knowledge, amuse yourself, and feast your eyes as well as your tastebuds. All of this practically in a single day!
^
Discover
THE DESTINATION